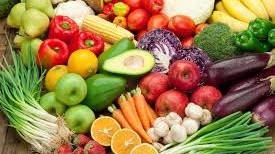 Consumernotice.org is a free to use resource who strive to notify consumers on hazards that could threaten their health and safety. They have published a food safety guide that covers food poisoning and symptoms, food safety recommendations, recalls, outbreaks and much more.

Following good food safety guidelines can prevent the spread of food-borne diseases, a leading cause of illness and death in the U.S. How you store, prepare and cook food can eliminate some of the most serious risks of food-borne illnesses or food poisoning.

There are an estimated 48 million cases of foodborne illnesses in the United States every year according to the CDC. Those cases result in more than 128,000 annual hospitalizations and 3,000 deaths.

Bacteria and viruses are the most common causes of food poisoning, which includes any illness or disease you may get from eating contaminated food. Food safety practices in the home address ways to stop or destroy these threats before you sit down at the table.

" You can view the food safety guide here "
https://www.consumernotice.org/products/food-safety-guide/