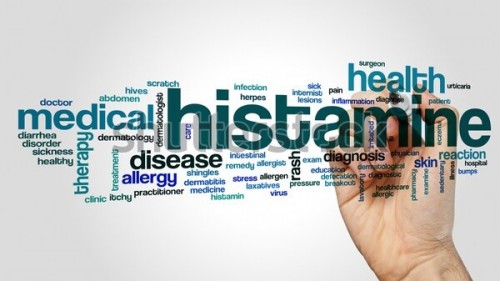 My interest in foods that contain high histamine arose from a patient of mine alerting me to a newspaper article. The article was about a woman who suffered a range of health symptoms since childhood. Typically for her these were eczema on her scalp, legs and arms, diarrhoea, stomach aches and constantly feeling itchy, tired and bloated.

These symptoms apparently all disappeared by avoiding foods that were high-histamine. However, it is astonishing the other health symptoms these foods can also relate to! These include:

WHAT IS HISTAMINE INTOLERANCE?

Histamine intolerance is a relatively common condition that can often be mis-disagnosed as an allergy, or delayed food intolerance as symptoms can be identical.

Histamine helps to regulate the function of the gut and to dilate blood vessels when irritation is present. It is produced in the body and taken in with food in various quantities.

A histamine intolerance occurs when the enzyme Diamine Oxidase (DAO) is inhibited or deficient, and has trouble breaking down the histamine in foods. The DAO enzyme is responsible for the breakdown of histamine in the body, ensuring excess histamine is flushed - without it your body builds up an unhealthy amount of histamine, which can cause a range of unpleasant symptoms after consuming foods that are high in histamine.

Just some of the high histamine foods, (as there are many), are listed below:

People that are affected by high histamine foods can experience an enormous improvement within two weeks, after reducing these foods. However, it is not recommended to self-diagnose or restrict your diet unless you have been diagnosed with high histamine levels. If you suspect that you may have histamine intolerance, a simple blood test/urine sample can determine your histamine level either through your doctor or a referral from me.