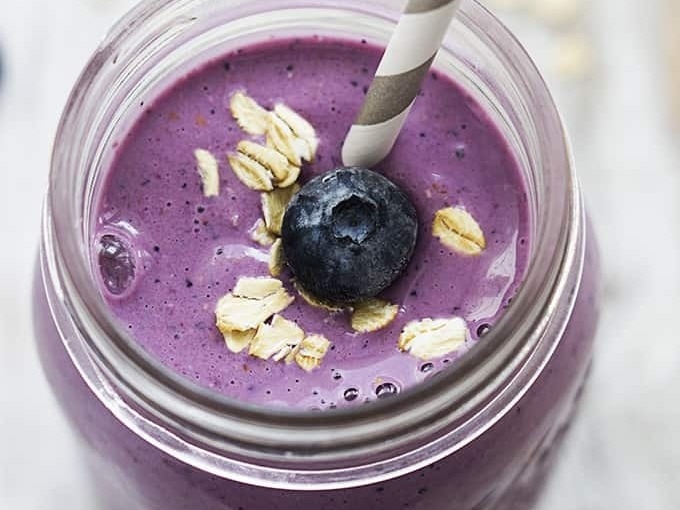 Add all ingredients to a blender, a combination of blueberries, raspberries, blackberries and strawberries.

Cover tightly and pulse until ice is broken up, then puree until smooth. Taste and add milk if it is too thick. Serve immediately.