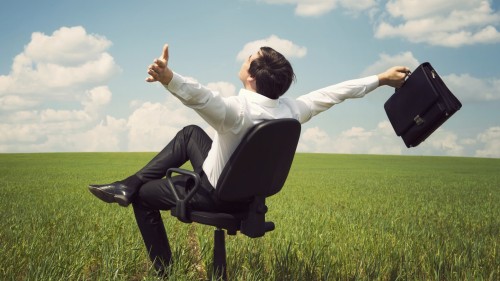 Stress can be short-term or prolonged, and prolonged stress can lead to adrenal exhaustion, which in turn can affect the thyroid gland. Other health problems can manifest such as diabetes, cardiovascular disease, depression, high cortisol levels, (fat around the middle as one symptom of high cortisol), insomnia, gastrointestinal disease and cancer.

Why is it that some people can cope with an enormous amount of stress, and others can only cope with very little before they become ill? An imbalanced response to stress can create and worsen the condition. By that I mean the importance of eating a balanced and highly nutritious diet to support and help repair the body, so that it regenerates itself. Exercise, yoga and meditation can also help at this time.

Stress depletes the 'B' vitamins, which supports the nervous system, and can deplete vitamins and minerals, further at a time when they are needed so badly. A deficiency of vitamin 'B6' can lead to insomnia and hair loss. Make sure to include lots of green leafy vegetables with your meals.
We need to support our adrenal glands in order to avoid burn-out, and Vitamin 'C' can help with this, together with Vitamin B5 (calcium pantothenate), adrenal glandulars, magnesium, along with various other supplements.

Sometimes it is not until we have reached burn-out that we realise how far we have allowed stress to overtake our lives, and I really believe that if you can take a check on yourself before this happens, then you are in a stronger position to reverse something that can result in quite serious consequences. I would not advise self-prescribing, but to seek nutritional advice on dosages from a qualified practitioner.

Check whether you relate to any of the following symptoms:

Are you feeling anxious, restless and tense?
Are you constantly saying, 'I have a million things to do!'
Do you find yourself 'chasing your tail' and never quite catching up?
Are you experiencing hair loss or alopaecia?
If you suffer digestion problems - have they worsened?
Are you under or over-eating?
Do you have mood swings, memory or concentration problems?
Are you suffering low energy or headaches?
Do you have dilated pupils?
Has your blood pressure and heart-rate increased?
Do you work more than 40 hours per week?
Do you have financial problems?
Have you suffered the loss of a close family member or spouse or friend?
Do you sleep less than 8 hours per night?
Are you menopausal?
Have you suffered a job loss?
Do you have relationship difficulties or issues with work colleagues?
Are you suffering a serious illness?
Are you experiencing divorce?
Are you mentally and physically exhausted?