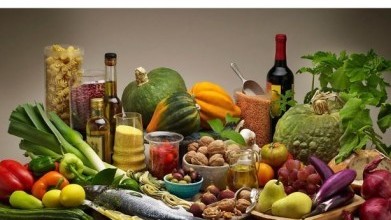 A diet high in processed sugar has been linked to cataracts, diabetic retinopathy and AMD (age related macular degeneration). A leading Scientist, at the Human Nutrition Research Centre in Massachusetts who has been involved in numerous studies, including the Nutrition and Vision Project, found that all three conditions had one single thing in common - a diet high in processed sugar.

This Scientist, Chung-Jung Chiu and his researchers found that those with the highest intake of carbohydrate, (more than 200g. per day), were two and a half times more likely to develop opacities than those eating the least carbs. His findings were bolstered by an Australian study where researches examined in depth the dietary habits of 1,000 patients aged 49 or older with no history of cataracts after five and 10 years. Those with the highest G.I. (glycaemic index), or sugar contents of the foods consumed, predicted the incidence of cataracts. Those with the highest G.I. and poorest quality carb diets had a 77% greater risk of developing cataracts, than those who ate low G.I. foods.

Chiu then recruited 4,000 participants and discovered a 49% increase of AMD in those with a G.I. higher than average. These three conditions have one common risk factor - a highly processed diet that persistently causes hyperglycaemia or high blood sugar. When you eat too much sugar it leads to the expression of genes relating to hypoxia, (too low oxygen levels), and ends up bombarding the eye with too much sugar, while depriving the eye of NECESSARY OXYGEN. Researchers from Harvard School of Public Health found that AMD patients consuming high levels of vegetable fats nearly quadrupled their risk of disease progression, whilst high intakes of processed foods laden with any type of processed fats, (animal,saturated,monunsaturated and polyunsaturated) doubled the risk of its progression. Too high levels of omega-6 fatty acids, found abundantly in most processed foods, can contribute to the oxidative damage seen with age-related eye disease.

Omega 3 essential fatty acids found in fish and a diet rich in fruits and vegetables can guard against all three conditions - one of the most powerful diets of all is the Mediterranean diet, rich in fruits, vegetables, whole grains, fish, beans and olive oil. People who exercise for just seven hours a week, lower their risk of AMD by two thirds, while running and moderate walking can cut the risk of cataracts significantly.

To prevent eye problems, eat a Mediterranean-type diet, consume enough protein, stop smoking, (cadmium), eat spinach, kale, cooked collards and cabbage, which are rich in lutein,(the most effective carotenoid antioxidant for they eye), eat seafood, bilberries, blueberries, avoid lead exposure, (which has been linked to cataracts), wear sunglasses in the sun, and avoid certain drugs such as sulpha-based, antidepressants, anticoagulants, antihistamines, antihypertensives and viagra, in which two thirds of those taking viagra have 'blue vision' - abnormal blue-tinged vision for at least four hours after taking the drug.

Cataracts, AMD and even diabetic retinopathy can be prevented, halted or even reversed by adopting a Mediterranean style diet including lots of fresh fruit and vegetables, limiting sugar, including moderate exercise and taking appropriate supplements.
(Information from May 2014 WDDTY Publication)